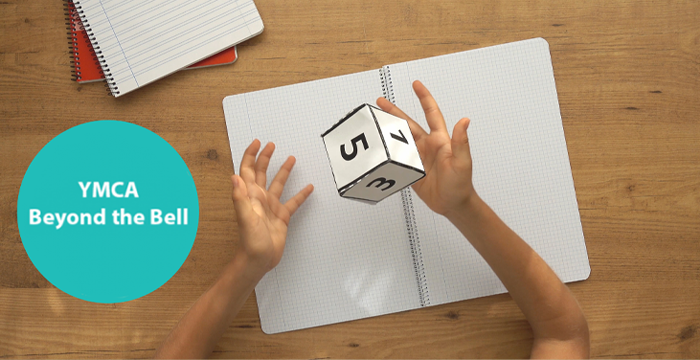 1. Each player starts with 2 dice and 5 rocks (or other counters).

2. The objective of the game is to capture all of the other player’s rocks.

3. On the count of three, both players roll their dice. Each player adds up the sum of his/her two dice, and whoever has a higher number gets to “steal” a rock from the other player.

4. Continue playing until one player has ALL 10 rocks.

A. For younger kids, you can use one die each and focus on number identification instead of addition. For older kids, try using three dice!

B. You could practice subtraction instead of addition skills. Subtract the smaller number from the bigger number, and the player with the larger difference gets to steal a rock from the other player.

Donors to the YMCA make Beyond the Bell possible.